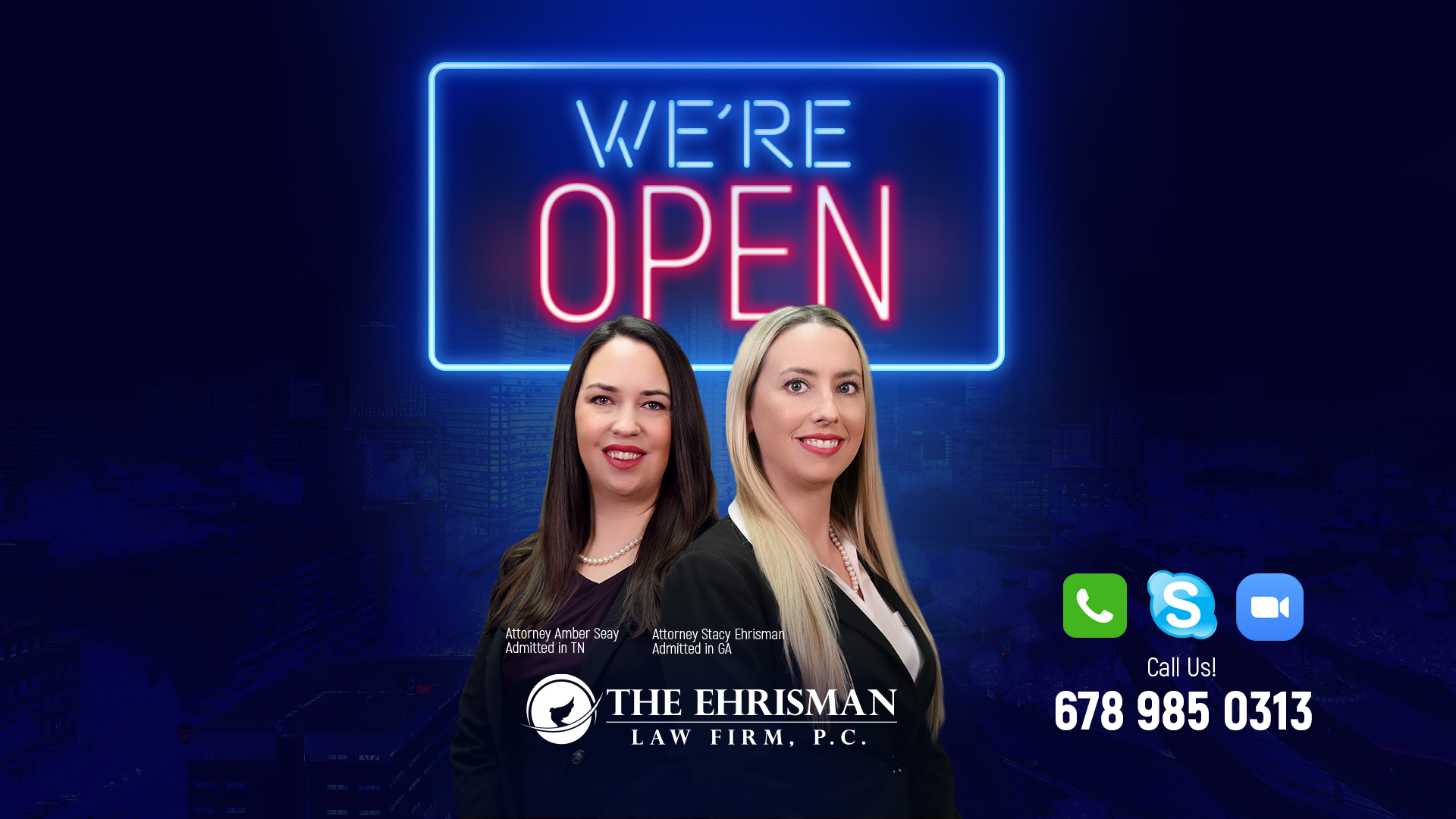 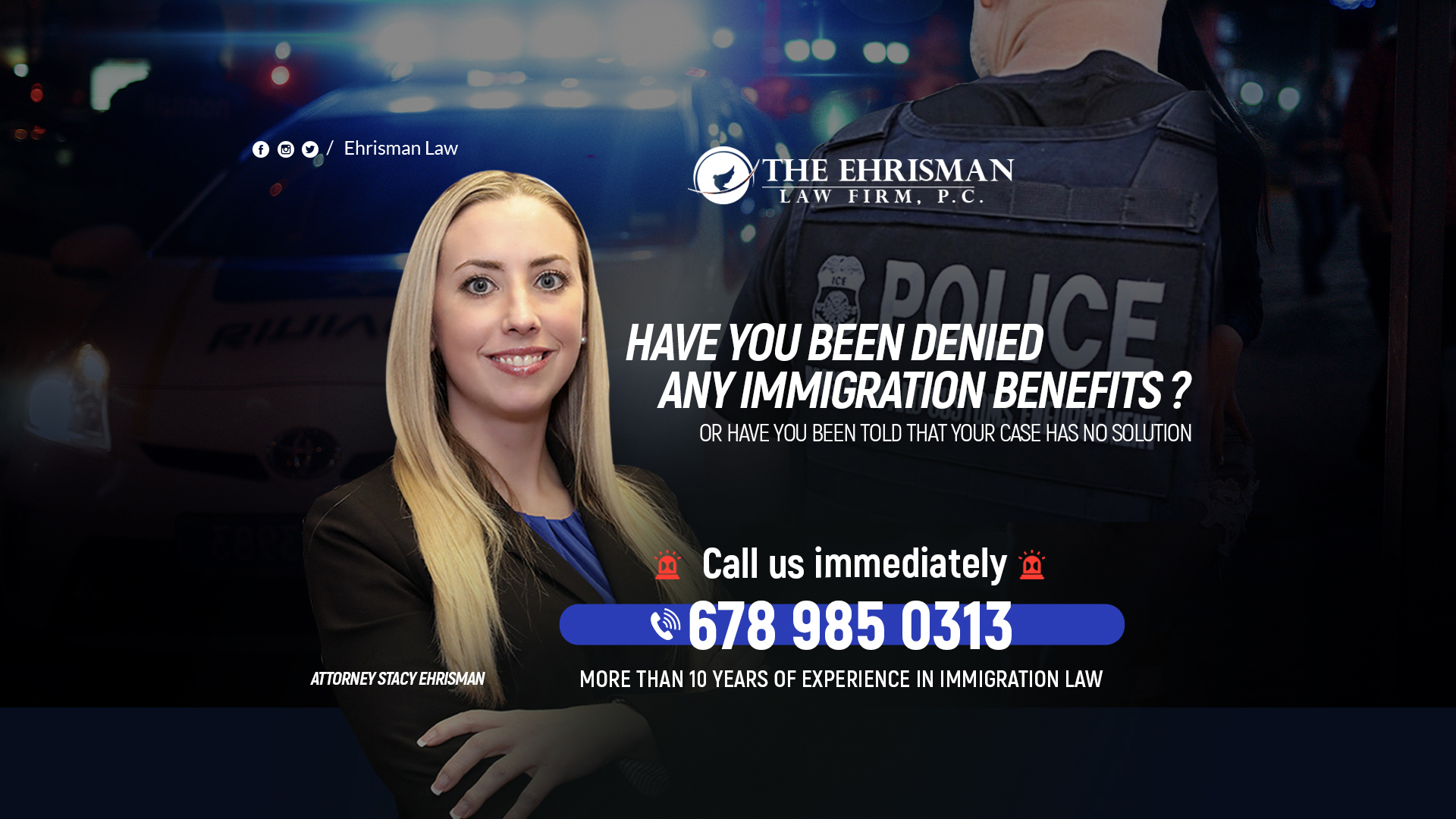 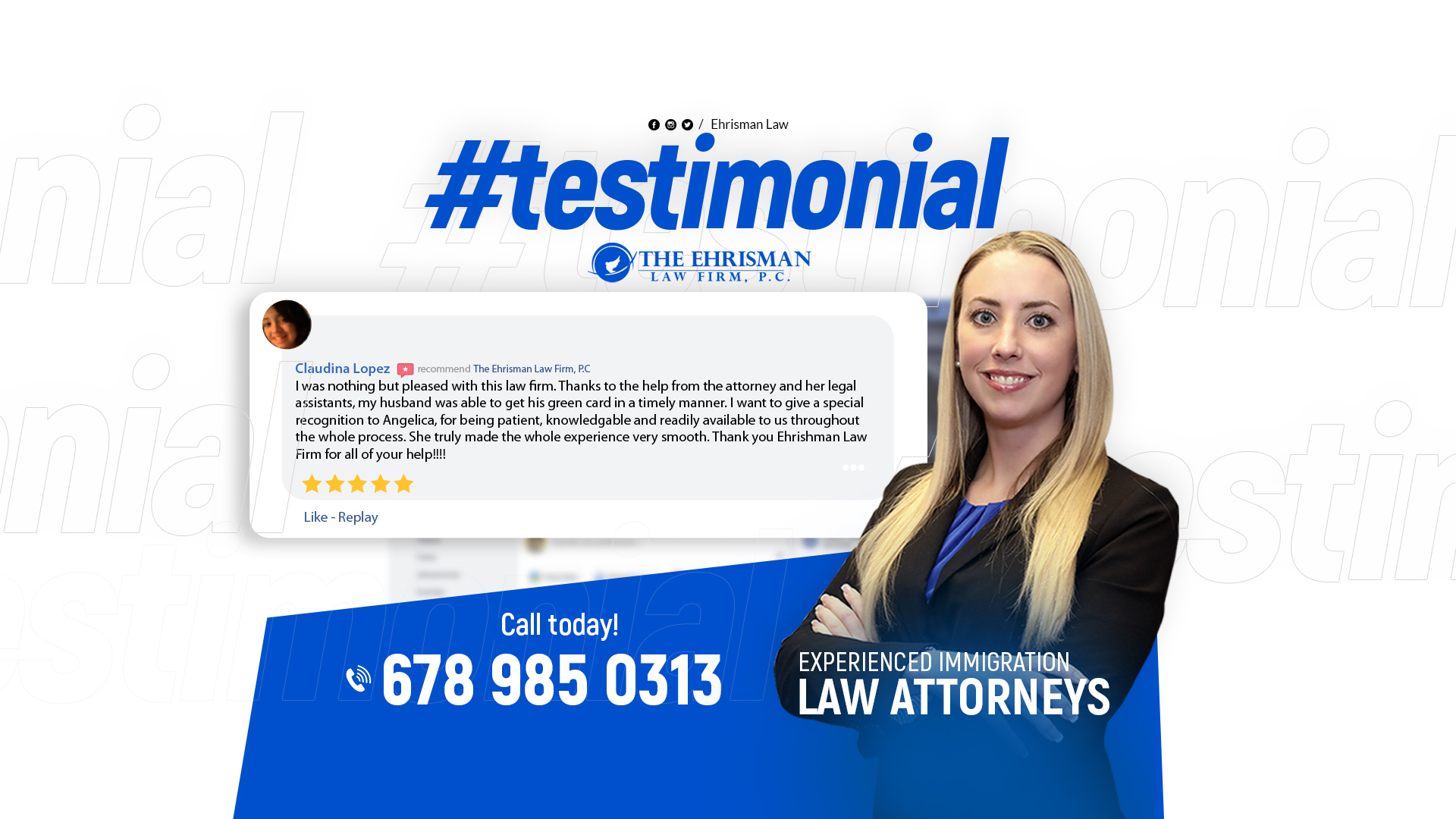 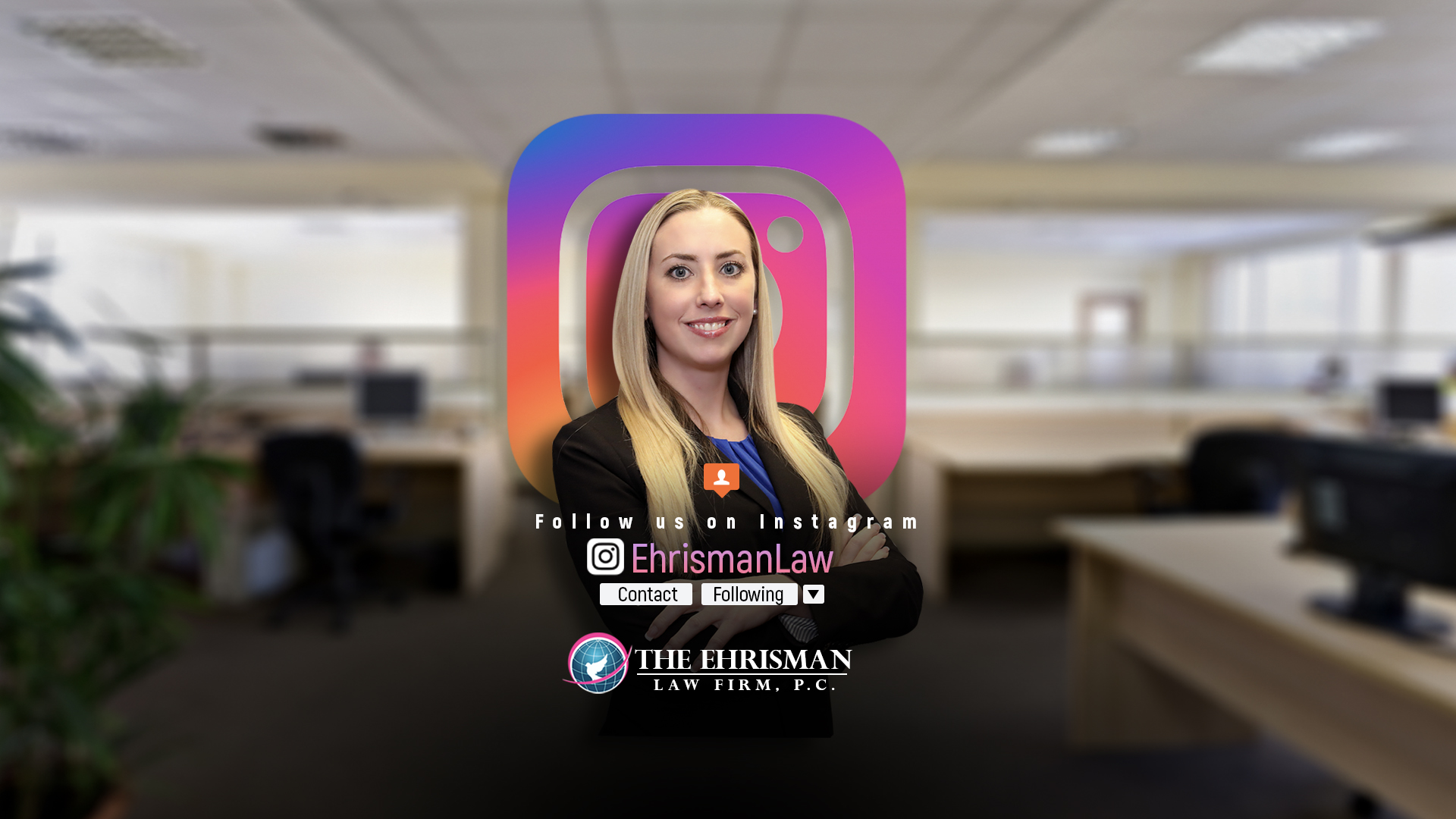 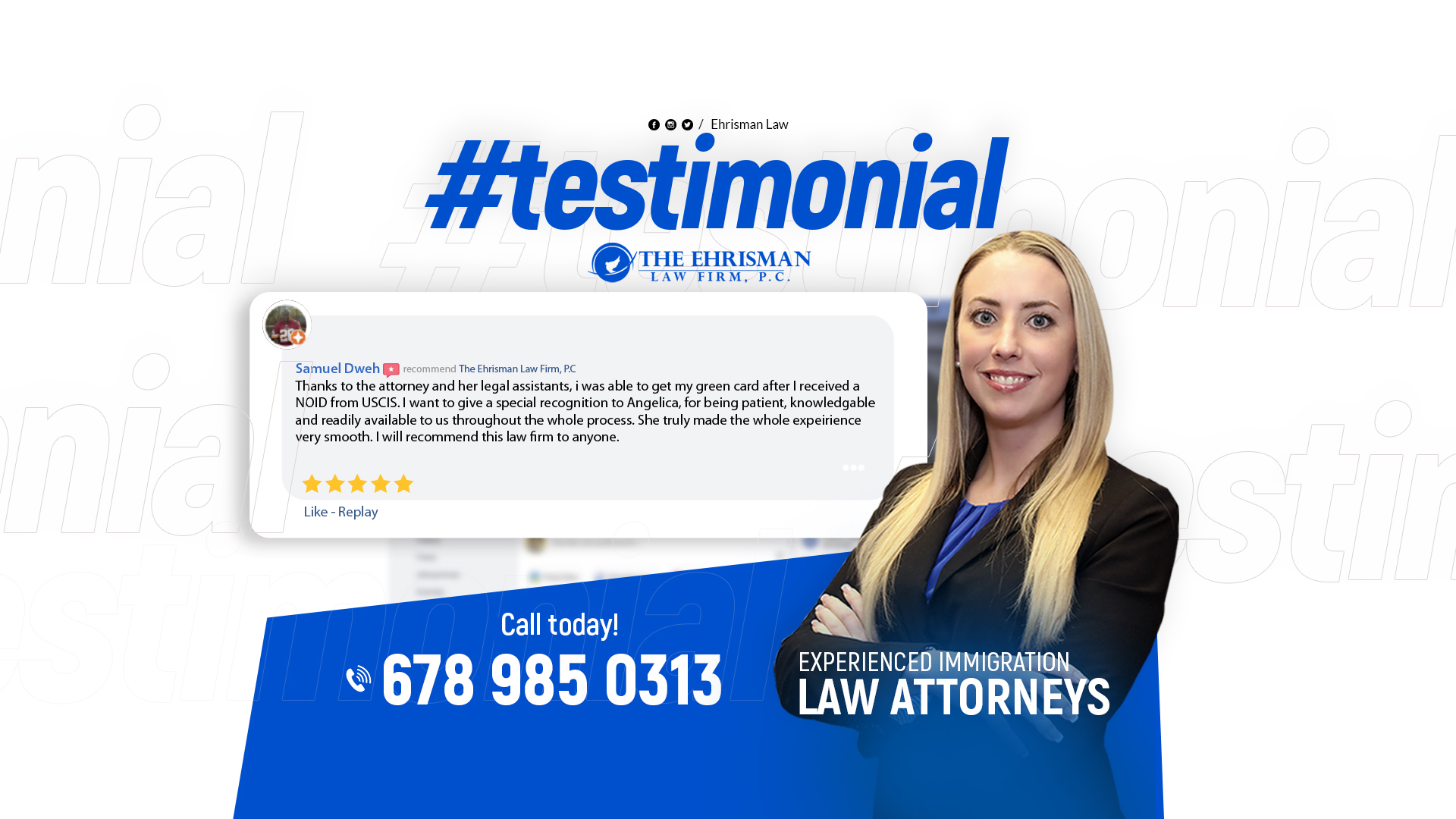 President Trump's executive actions have resulted in raids and massive detentions among immigrant communities.  The Ehrisman Law Firm's team is prepared to respond if you or your loved one is detained and facing removal.

Our attorney has personal experience with consular processing through petitioning for her family in Perú. She understands the desperation a family feels to unite with their loved ones abroad.

Our attorney has experience fighting deportation cases in courts across the country. She has fought Cancellation of Removal cases for both LPRs and non-LPRs as well as other forms of relief. Thanks to her vast experience, she will be able to determine the best course of action for your particular case due to your personal circumstances.

We have experience with countries all over the world and varying circumstances enabling us to help you bring your fiance to the U.S.

Our attorney has experience filing asylum applications from countries all over the world including Ghana, Haiti, South Africa, Venezuela, China and Indonesia to name a few. She knows how to assist you in preparation of a successful application.

Our attorney has extensive experience with writing and presenting waivers to USCIS and the DOS. If you have been determined to be inadmissible, make an appointment today to evaluate the possibilities of a waiver.

Our attorney can help with your application for adjustment of status based on marriage or other family relationships. She can also help if you won your asylum case or if you need to remove conditions on your green card based on marriage to a U.S. citizen.

Our attorney has extensive experience with assisting victims of crimes and domestic violence. Please contact our office as soon as possible to speak with the attorney about how she can help.

If you have any doubts or questions about whether you qualify for citizenship, we can help. Our attorneys have experience in complicated areas of naturalization law.

If you have lost your case in immigration court, our attorney can help you appeal to the Board of Immigration Appeals.

Our attorney is here to assist minors who are in the U.S. without their parents. She provides representation to minors both in and out of court.

Do you have a final order of removal? Our attorney can help you file a Stay of Removal with ICE to get you more time in the U.S. with a work permit. Depending on your circumstances, the attorney may be able to request a Stay of Removal directly with an immigration judge. .

​ Let’s face it: Immigration law is complicated and mistakes on an immigration application can have serious consequences; even deportation.

Most of our clients come to us in need of serious help to get their immigration status in order or that of their family members. Here at the Ehrisman Law Firm, P.C. we've seen it all.

Our clients have faced problems of getting their family safely and legally here to the U.S., problems of deportation proceedings and problems with obtaining citizenship, to name a few. We're here to help families get their immigration status resolved quickly and efficiently. 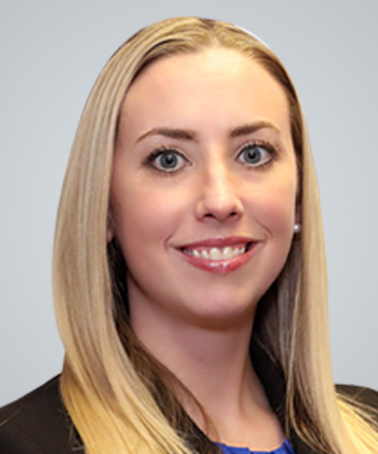 Stacy is a member of the American Immigration Lawyers Association, Georgia Association for Women Lawyers, the Federal Bar Association.

Attorney Stacy M. Ehrisman was born and raised in the state of Iowa. She graduated from English Valleys High School, a small, rural school with a class of approximately 30 people. Stacy went on to attend the University of Iowa where she received her B.A. and graduated with highest distinction in December of 2005. She studied Political Science, International Studies and Japanese Language and Literature. Stacy immediately went to law school at the University of Iowa College of Law. She wrote for the international law journal, Transnational Problems and Contemporary Issues, as well as competed in moot court. During law school, Stacy completed an internship with a law firm in Madrid, Spain. She later worked as an assistant county attorney in the Henry County Attorney's Office. Upon graduation, Stacy received the Boyd Service Award for her dedication to community service throughout law school. ​

After graduation in 2008, Stacy pursued her career in immigration law. She began working for Steffas & Associates, P.C. an immigration firm specializing in international adoptions in Marietta, Georgia. She was soon transferred to Memphis and Nashville, Tennessee to practice litigation-based immigration law at the Frager Law Firm, P.C.. In 2010, Stacy found herself in New York City practicing all areas of removal defense and family-based immigration law for Youman, Madeo & Fasano, LLC. While in New York City, Stacy was promoted to managing attorney of her firm's largest office due to her tenacity and passion. Deciding that she had had enough of the "big city", in 2013, she decided to open her own firm in Gwinnett County, Georgia.

Stacy finds gratification in her practice as an immigration attorney. "I truly believe that I am fulfilling my unique purpose in life through my service to the immigrant community," she explains. "Our country is a nation of immigrants and we should never forget that."

In October of 2014, Stacy appeared on CNN Headline News as well as Fox News following a conflict with Immigration Judge Pelletier. IJ Pelletier refused to grant Stacy a continuance despite the fact that she had her baby only three weeks prior. In turn, Stacy filed a complaint against the IJ. Stacy is a fighter: let her fight for you! 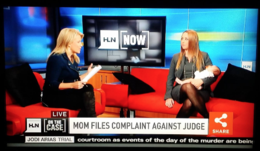 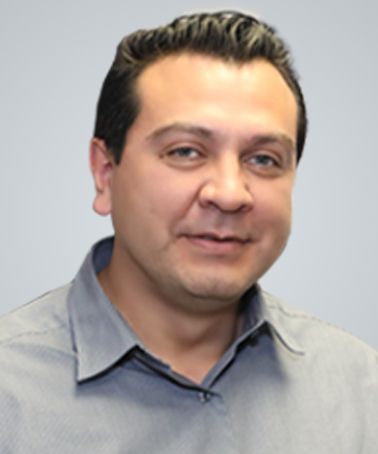 Osmer is a native of Ecuador. In addition to his own family's experience, Osmer has assisted hundreds of other families with their immigration cases as he has been working as a paralegal in immigration law since 2010. 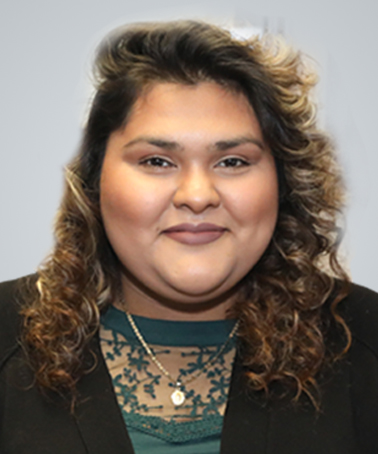 Tanya is the lead paralegal for the firm's litigation department. Tanya has been with the firm since February of 2016. She is passionate about assisting immigrant families with their cases. Tanya's family is originally from Mexico. 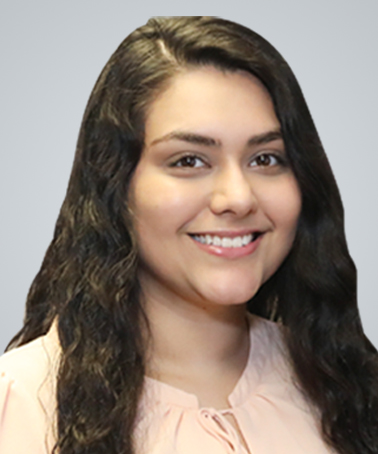 Angelica is the lead paralegal for the firm's petitions department. Angelica originally joined the team while in college as a volunteer in 2015. Angelicas's family is also from Mexico where she regularly visits. 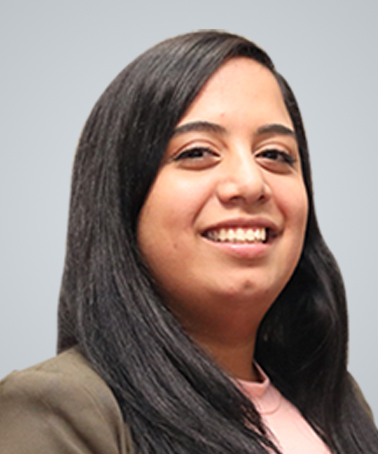 Genesis is a native of Ecuador. Genesis is a member of the firm's litigation department. She joined the team after relocating from New York in 2018. Her personal and family's experience with immigration inspires her dedication to our clients. 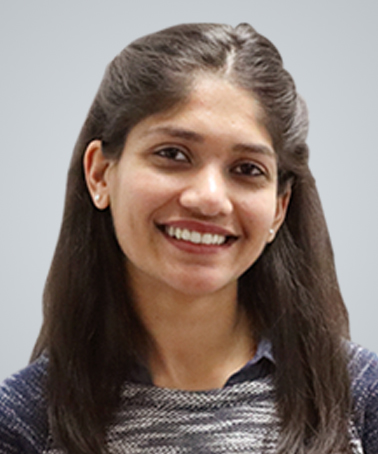 Riyaben "Riya" is a native of India where she received her degree from Gujarat University. Prior to joining the team in 2018, Rita worked as an accountant in a CPA firm in Nadiad, India and as a manager in the service industry